XVIII-XIX century archive of
the Russian embassador in Spain Zinovyev


7 JULY 2019
Hotel Metropole Monte Carlo
Special Notice
Lot 721 (Archive of letters of Russian Ambassador in Spain) and
Lot 722 (Princess Tarakanova Archive of letters) are not present at HERMITAGE FINE ART premises. In the event the abovementionned lots were to be sold during the auction, the owner of the lots will arrange the shipment.

The Bailiff and/or the Organizer reserves the right to suspend the auction and/or the execution of the sale at any time for, but not limited to, the following reasons:

The collection was carefully selected over several decades. It comprises items of extremely remarkable provenance. Considerable part was acquired at the most significant auctions worldwide. Presented lots come from the collection of the legend of the world ballet Serge Lifar and of the neurosurgeon, Academician A.V. Bondarchuk.
These manuscripts have great historical and cultural importance. 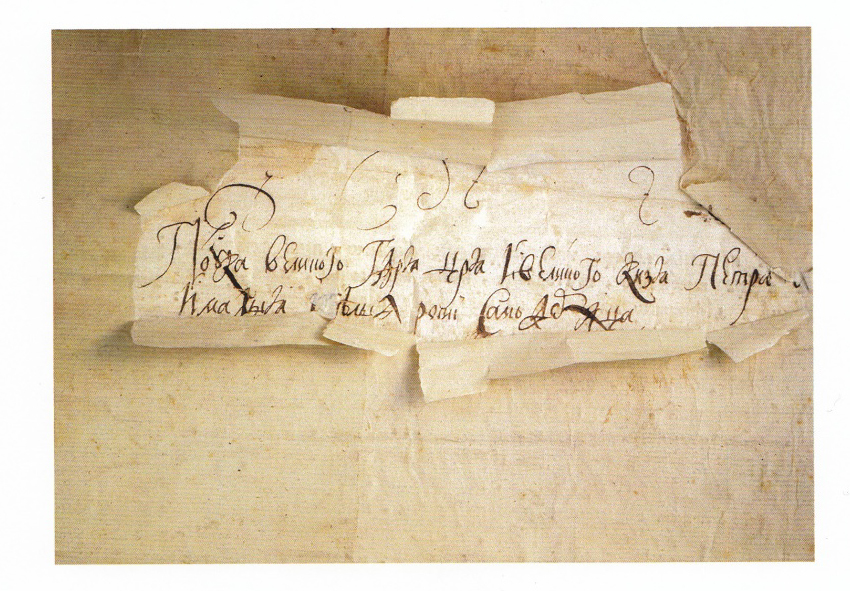 Auction | Lot 721
XVIII-XIX century archive of
the Russian embassador in Spain Zinovyev
The set of documents presented for the auction is a unique collection of letters of Russian diplomats and government officials addressed to S.S. Zinovyev over the period of his mission in Spain. Among his correspondents were José Moñino y Redondo, 1st Count of Floridablanca, chief minister of King Charles III of Spain and of Charles IV, Otto Magnus von Stackelberg, former envoy in Madrid, A.M. Golitsyn, D.M.Golitsyn, I.S. Barjatinskij, Count von Nesselrode, T.A.Osterman, P.V.Bakunin and others.

The Russian diplomates' correspondence may serve as a rich source of information concerning internal situation in Russia and its domestic politics. In particular it describes the process of erection of the Peter I monument in St Petersburg, Emperor family members' health condition, suppression of rebellion guided by Pugachev.

Part of the manuscripts are in French because in the middle of XVIII centuries French was a formal language in the Collegium of Foreign Affairs. Probably many of the documents from archive of S.S.Zinovyev are published for the first time and thus various out an incredible potential as source of study and cultural value. 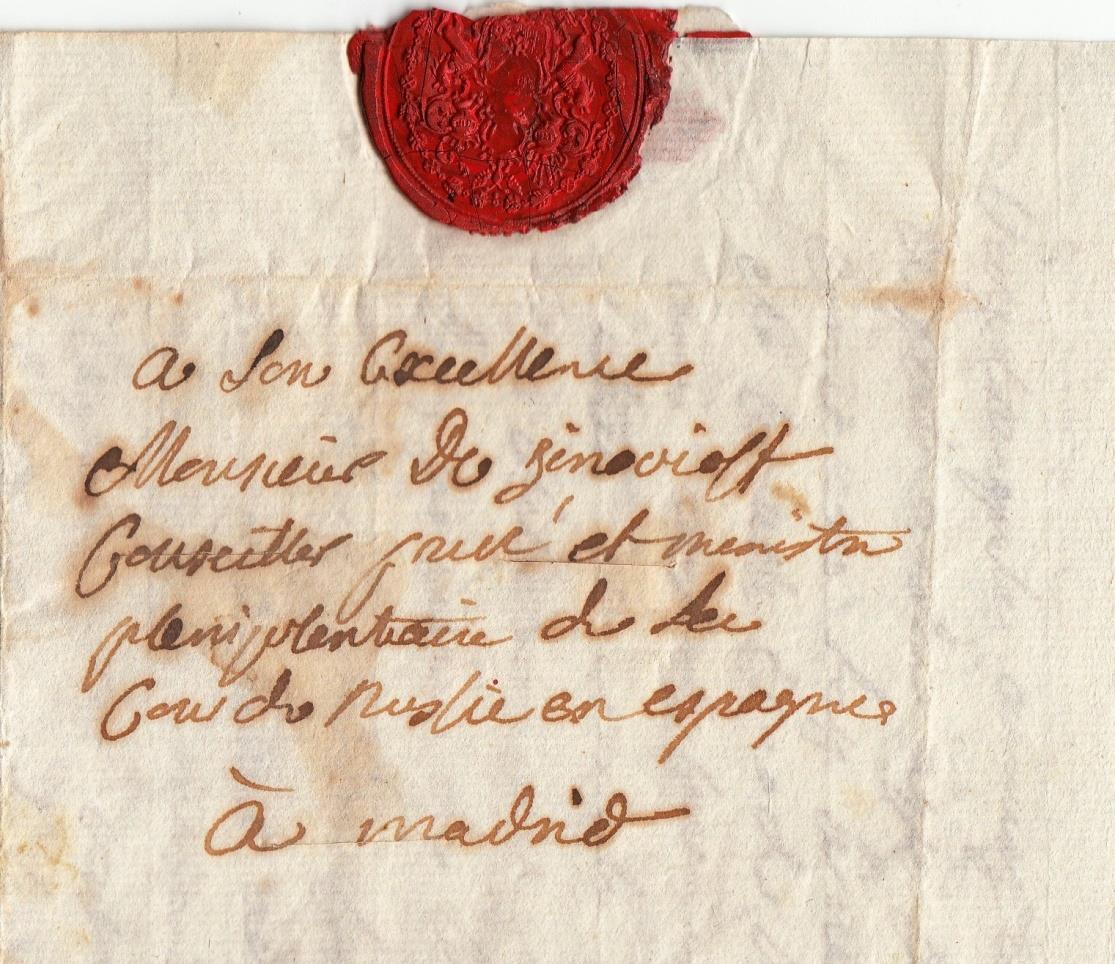 12:00 Lecture by EDVARD RADZINSKY on "The great adventuress Princess Tarakanova" 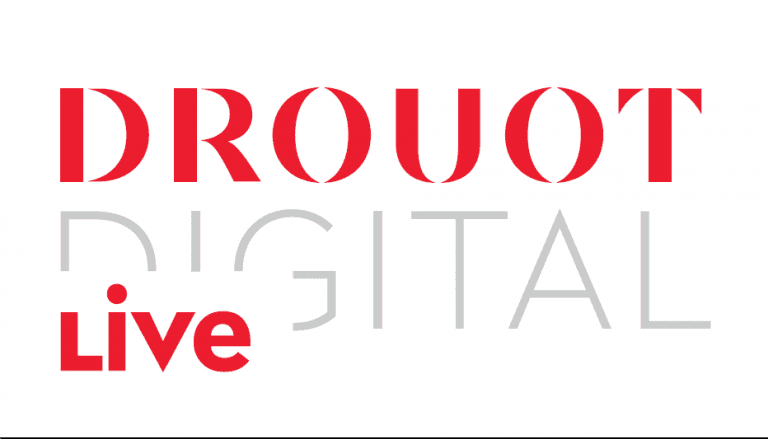 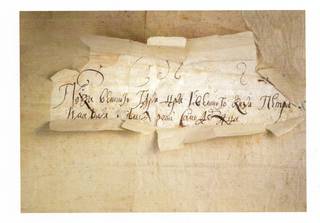 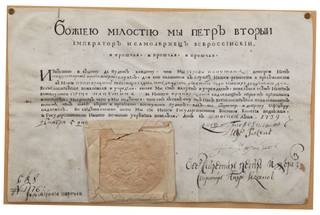 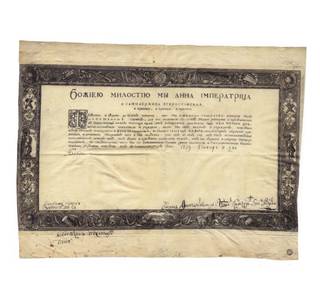 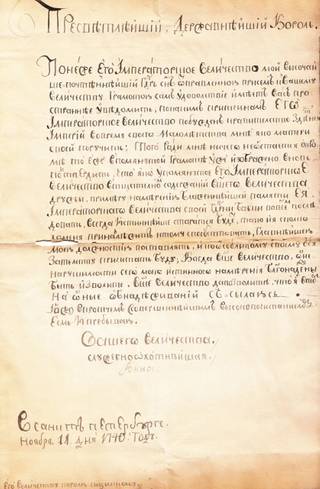 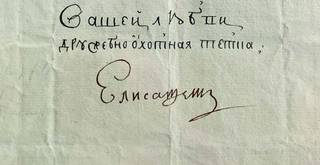 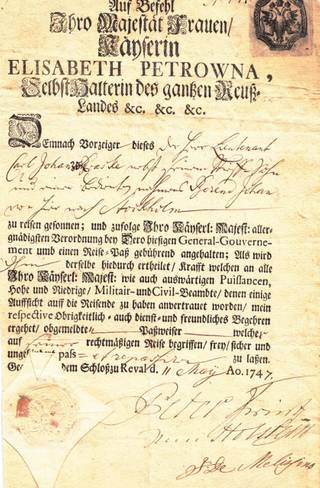 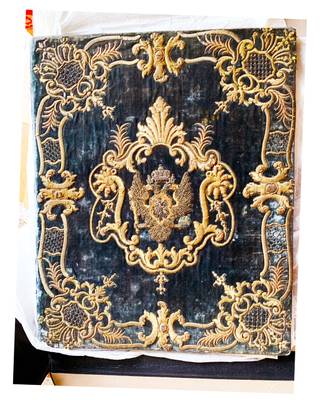 The letters patent to the Chamber CalMaster Dmitry Alexandrovich Simonov on granting him the villages in Kasimov county.
Lot 708
20 000 25 000 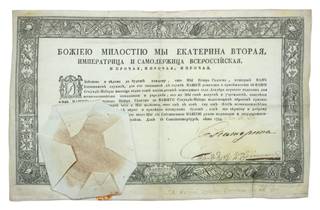 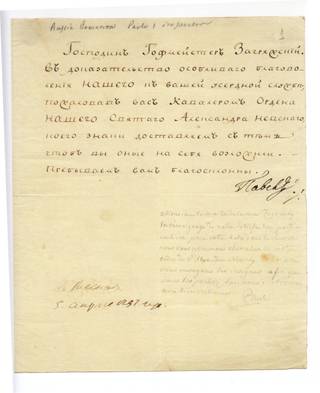 Letter addressed to the Chamberlain Zagryazhsky on granting him The Imperial Order of Saint Alexander Nevsky. April 5, 1797
Lot 712
2 000 2 500 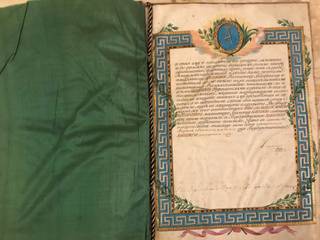 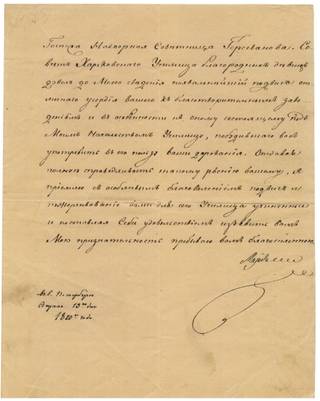 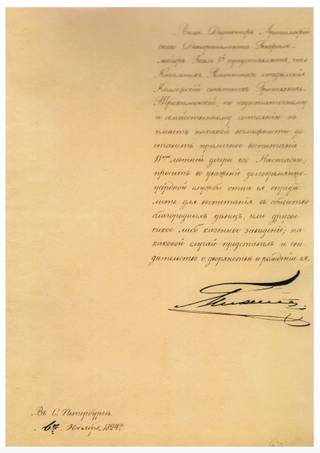 Resolution regarding the request of the vice-director of the artillery department, the Major-General Gogel the First to approve the petition of the head of the Repair department Grichkevitch-Trokhimovski to admit his daughter at the state educational institute. Petersburg November, 1824
Lot 716
1 500 2 000 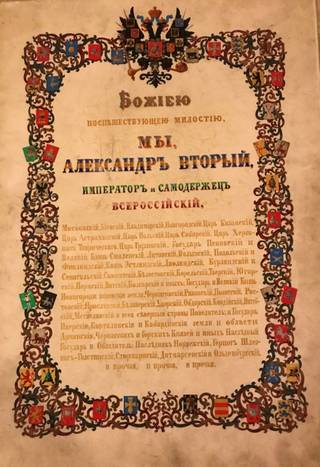 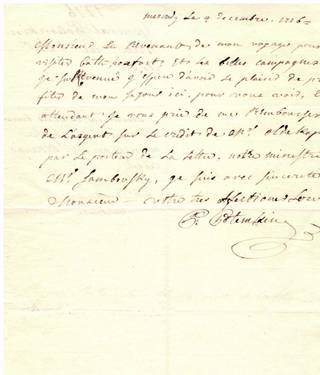 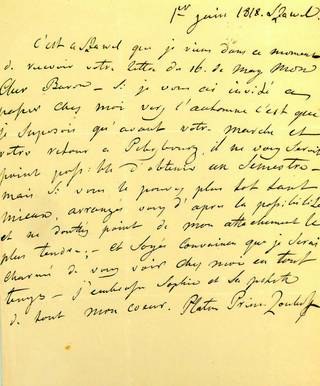 THE LAST FAVORITE OF THE EMPRESS CATHERINE II, A MEMBER OF THE CONSPIRACY AGAINST THE EMPEROR PAUL I
Lot 720
2 500 3 000 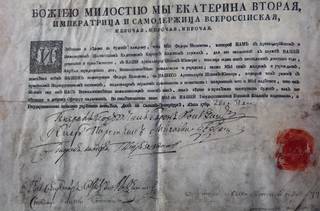 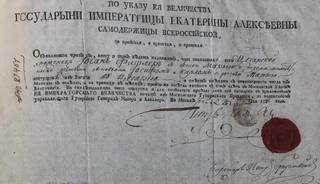 Passport (travelling papers) №27467 in Russian and German granted to the Fishler family for departure from Russia abroad.
Lot 720
800 1 200 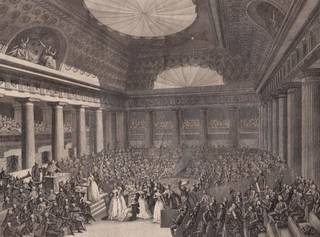