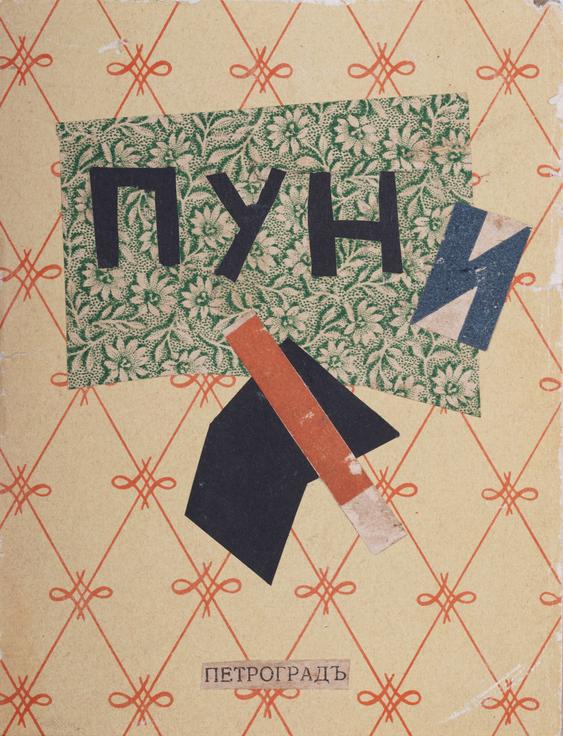 14x10,5 cm. Artist’s stamp on the back cover. Ivan Albertovich Puni (1894-1956) was a Russian-French artist who changed his artistic style dramatically several times from the avant-garde, cubism, futurism and suprematism to lyrical primitivism alongside Pierre Bonnard and Édouard Vuillard. He received his basic art education at home, taking lessons from Ilya Repin, who influenced him to become an artist. In 1910-1911, he for the first time travelled to Paris, where he studied at the Academy of R. Julian, Colarossi and others. In Paris, Puni discovered the works of Cézanne, the Nabis, the Cubists and the Fauvists. In 1912, when he returned to Petersburg through Italy, he became acquainted with N. I. Kulbin, D. D. Burlyuk, V. V. Mayakovsky, V.V. Khlebnikov, K.S. Malevich, and participated in the exhibition «Union of Youth». In 1914, together with his young wife, he again went to Paris, where he exhibited his works at the Salon des Indépendants for the first time. Returning to Petrograd just before the First World War, Puni became the organiser and chief sponsor of the scandalous 1915 futurist exhibitions «Tram B» and «0.10». In 1919, Ivan Puni taught at the Art Institute in Vitebsk, where he arrived in January at the invitation of Marc Chagall. In October 1919 he returned to Petrograd, and in January 1920 the Pouny couple emigrated - through Finland to Germany (1920), then to France (1924). Between 1921 and 1956, Puni had 12 solo exhibitions in Berlin, Paris, New York and London and participated in over a hundred group exhibitions. Provenance: Puni archive; Bloomsbury New York, Sale 29.10.08, lot 234.
Non perdere le ultime notizie sulle nostre iniziative e le nostre aste
|