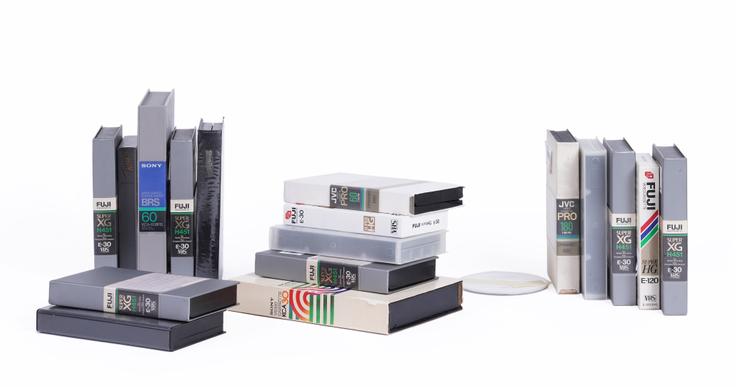 1) Recordings of rehearsals of Rudi van Dantzig’s ballet ‘Sans Armes, Citoyens!’ and George Balanchine’s ‘Symphony in Three Movements’, January 16, 1987. Filming a documentary about Rudolf Nureyev and La Scala (10 min.), in Italian. Interviews with Nureyev and the dancers from the same documentary, excerpts from numerous ballets, including ‘Romeo and Juliet’ (71 min.). 2) Two videotapes of a vacation in the United States, Woodburn (Washington), dated July 20, 1986. With his friend Maude Gosling and a company of her friends, including dancer Charles Jude. A visit of a 19th century house that Nureyev planned to buy, trips in the forest on ATVs, hiking, parties, dinner at Woodburn and discussion of an opera performance, costume choices, Nureyev’s offer not to dance, friendly debates about ballet in the United States and in France. Numerous performances by Nureyev. Also included a cassette and DVD of the ballets ‘The Phantom of the Rose’ and ‘Afternoon Recreation of a Faun’, dated July 18, 1982 (28 min. 13 sec.). 3) Five videotapes of the Paris Opera dancers’ Christmas party at the Opéra Garnier in December 1987. Preparations for ‘The Nutcracker’ ballet, the arrival of the audience, ‘Electra’ gala concert, sponsored by the National Dance Center, in the presence of Madame Bernadette Chirac and Monsieur Christian Lacroix. Two videotapes from a gala evening of ‘Traviata’ organized on February 3, 1987, at the Opéra Garnier as a part of the Paris Opera’s ballet tour. VHS videotape: evening at the Opéra Garnier, December 11, 1987, appearance of Rudolf Nureyev in the company of two dancers, including Charles Judah, during the final performance of the ballet ‘The Nutcracker’. 4) An unpublished recording that reveals the backstage of the Opera Garnier on the day of the premiere of the ballet ‘La Bayadère’ on October 8, 1992, shortly before Rudolf Nureyev was awarded the Commander’s Order of Arts and Letters. The order was presented by Jacques Lang. Voice-over narration and commentary by Duce François accompany a visit to the costume-making workshops, the final revisions before the performance, and the preparation of the sets. Marina de Brantes and other representatives of the Paris Opera greet the audience, including Madame Bernadette Chirac, before the show. Backstage before and after the curtain rises and a dinner at the Garnier in honor of Nureyev, surrounded by friends, Paris Opera dancers. Also included a VHS cassette presented to Rudolph Nureyev, a documentary about the life of the Paris orchestra from April 24, 1991. Nureyev led the orchestra in 1990-1992s. The ballet «La Bayadère» at the Palais Garnier on October 8, 1992 was Rudolph Nureyev’s last appearance on stage. Provenance: Private property of Douce François Christie’s auction, Paris, 19 - 20 December 2006 Private collection Personal belongings of Rudolf Nureyev and his immediate circle from the collection of his closest friend Douce François Douce François, French of Chilean origin, was a devoted friend of Rudolf Nureyev. She met Nureyev when she lived with Raimundo de Larrain, director of the Marquis de Cuevas Ballet Company. The young woman was immediately absorbed by Rudolph and offered him to stay with her at her place; she hosted him until he bought his own apartment in 1982. She selected his clothes, brewed his tea in a thermos, answered his phone, arranged his meetings, ran antique stores for him, accompanied him to parties, and she also was his personal driver. Provenance of the collection: Christie’s auction, Rudolf Nureyev Memorabilia, provenant de la succession de Madame Douce Francois, Paris, 19 - 20 December 2006.
Non perdere le ultime notizie sulle nostre iniziative e le nostre aste
|