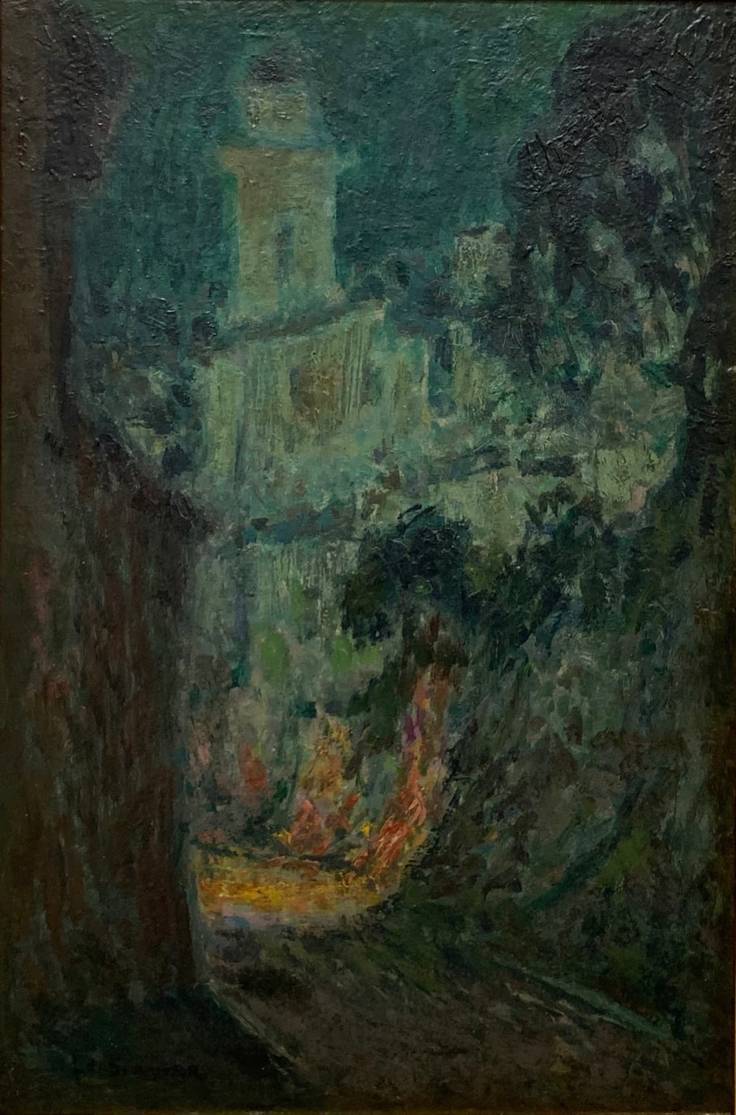 Signed ‘Le Sidaner’ (lower left) Oil on board 40,6 x 26,8 cm Painted in 1925 Provenance: Louis Le Sidaner, the artist’s son from whom purchased by Maurice Sternberg Galleries, Chicago Purchased from the above by present owner Christie’s auction Private European Collection Literature: Y. Farinaux-Le Sidaner, Le Sidaner, L’oeuvre-peint et grave, Paris, 1989, no 1194 (illustrated p.374) Painted in 1915, La rue au claire de lune, Villefranche-sur-Mer (1915) is a picturesque work of French post-impressionist artist Henri-Eugène Le Sidaner (1862-1939). Sidaner spent a lot of time in Villefranche-sur-mer, first in 1910 and then on several occasions between 1924 and 1928, staying at the Welcome Hotel. Seduced by Villefranche-sur-Mer, Sidaner created a series of paintings inspired by the tranquillity of this idyllic town of the Côte d’Azur. La rue au claire de lune, Villefranche-sur-Mer and the rest of the series were painted during his intimist period, when the artist played with light in tribute of the French countryside. Born in Mauritius, he studied in Paris, where he discovered impressionism and symbolism, the art movements that played a big role in his glorious phase of landscape painting. In the early 1920's, he abandoned human figures to throw himself into a neoimpressionist technique that merged together sweet tones and mysterious atmospheres, where the central theme were all kinds of light plays, especially on water. When asked which artistic movement he identified himself with, he simply answered “None. But if you absolutely insist on categorizing me, I am an Intimist."